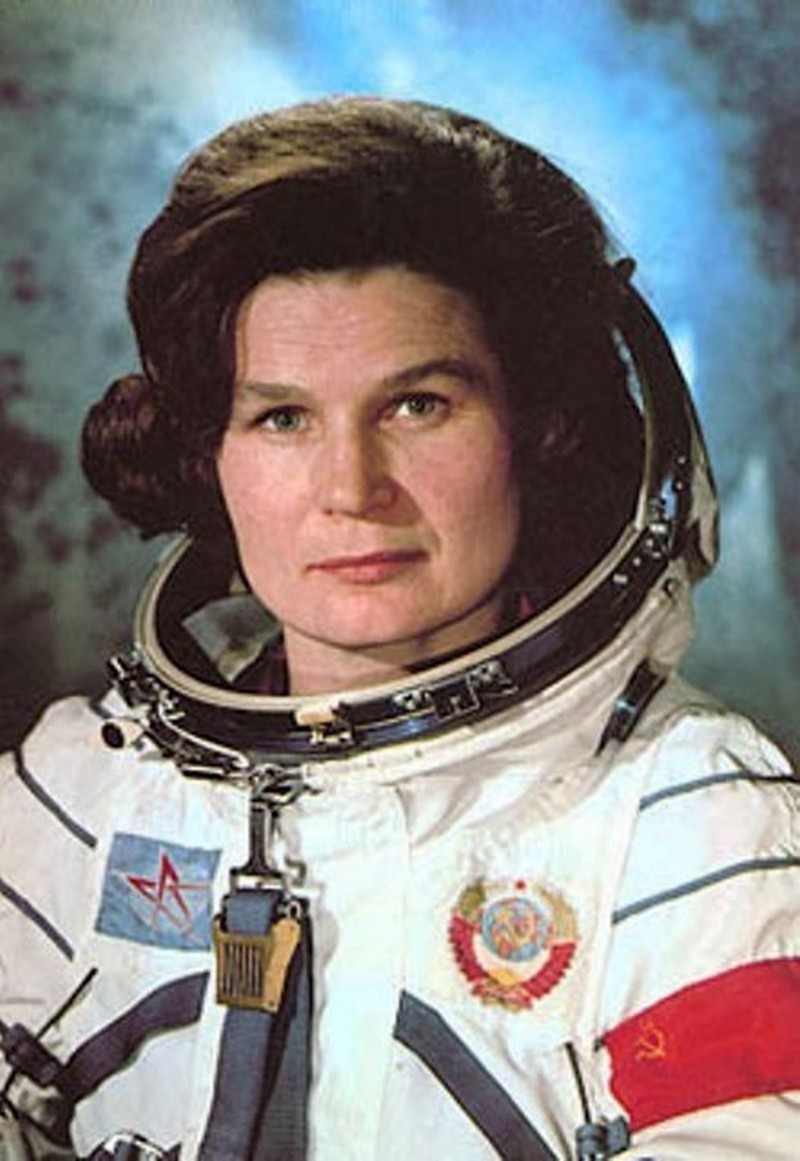 This is Valentina Tereshkova, originally a textile worker from the ancient of town of Yaroslavl, also known as the Hero of the Soviet Union. She is currently 80 years old, and was the first woman to travel into space with Vostok 6 mission, during June 13, 1963. Valentina was born on March 6, 1937 in Soviet Russia. In 1953 Valentina attended and graduated with distinction from Zhukovsky Military Air Academy. When she was 22, she was very interested in parachute jumping, a skill that prepared her for the cosmonaut (Russian Astronaut) selection. Nikita Khrushchev, the Leader of Soviet Premier, selected four women to be trained for one special program called woman-in-space in the Soviet Air Force. With hardwork and passion and love for the program, out of the four women, Valentina was the only woman who completed the space mission and earned the opportunity to travel into space. In 1977 Valentina received a doctorate (Highest degree awarded by the university) in engineering major.

“The first woman to travel in space, she called out, “Hey sky, take off your hat. I’m on my way!” as the craft took off.” She was only 26 years old when she completed her mission in 1963, taking 70.8 hours to orbit the Earth 48 times. Meaning that she has taken 48 times to travel in the path that revolving around the Earth in which under influence of the gravitation. As she returned from the space mission of flying from the Earth 20,000 feet above and down, Nikita Khrushchev (the Leader of Soviet Premier) gave her the title of the Hero of the Soviet Union because of her braveness to be the first woman to travel into space, orbiting the Earth 48 times while the first man to travel into space, Yuri Gagarin, only orbited the Earth 36 times. With that being said, before she even took off from Earth she also provided hope to inspire Russian girls, “They too could rise, through the Soviet system to greatness.”

Consequently, because of her commitment in the space mission, she was chosen to be a member of the Communist Party and as the representative for the Union of Soviet Socialist Republic (USSR) for which she participated in many international events, as well as United Nations Conferences for the International Women’s Year in 1975. From 1966 to 1974 she became a member of the Supreme Soviet of the Soviet Union, a member of the Presidium of the Supreme Soviet from 1974 to 1989, and during 1986 to 1987, Valentina became the head of the Soviet Committee for women. During 1969 to 1991 she was  one of the members of the Central Committee of the Communist Party. After many active years in space and politics, in 1997, she retired from the Russian Air Force and the cosmonaut corps by presidential order.

Valentina constantly got support from various men in her life, for example, her dad(Vladimir Tereshkov, the war hero), Nikita Khrushchev(the Soviet Premier) and many other men involved in her career, which helped motivate her to become as a cosmonaut at young age and is what allowed her to become the representative for USSR. The support she received wasn’t just from men, but also from women who were on her side to cheer for her. Everyone surrounding her played an important part in helping her get into a STEM field, and these people are a great model of supporters who don’t don’t discriminate and limit those women from pursuing for their greatness.

The support that she received from everyone surrounding her is a perfect example of a community helping the other female engineers or younger generation, especially girls but also boys, to see the worth of doing what we love to do. People will always get different reward and love from different people, but by approaching somebody who wants to help, who is invested in what we do and has faith in us, is one way that may lead us to the success destination. Valentina wasn’t born in a  rich family where she could have anything she demanded,  but she was born in a family filled with love and support, which helped bring her to the success she got as a cosmonaut, engineer and politician.

As part of human, voice is the only instrument and it is the only choice that human can do to make sound and release the endorphin into their brain. Sound is created by the vibration of the vocal cords which stays inside the larynx inside our body. As the vocal cords vibrates it travel through the body resonating cavities such as: throat, nose and mouth. The facts that the vocal cords have the ability to stretch is because of the thyroid cartilage surrounding. As the cartilage grow the vocal cords range will be changing and can causes the voice to change or breaks. Part of singing out loud for somebody to hear is connected to the mechanical waves. Mechanical waves is the fluctuation of matter that transfer the energy through transmission medium. Each and every single one of us are born with different kind of sound because of the size and shape of the larynx, vocal fold, and resonating cavities. Vocal cord is about 2 cm long.

According to the research, The Bernoulli Effect is a concept behind the physics of singing. The Bernoulli Effect is officially called Bernoulli’s Principle. The article stated “As the velocity of a fluid increases, the pressure exerted by that fluid decreases.”  Air can also be fluid. As an example from the same article, let said the air is traveling through tube as it’s speed is also increases it’ll creates a lower pressure in the tube. So the physics is when the air pressure decrease its creates a vacuum. This means that the tube is the trachea and the thing that get suck by which is called the vocal fold. It is important in the vocal tract because the air will flow faster to the vocal folds causing a pressure to drop and a force pulling the vocal folds together. Also when the vocal folds comes together, the flow is block and the air pressure from the lung then pushes them to be apart. Bernoulli’s effect is when a fluid speed up and the pressure drop.

Vocal chord is very similar to the string of the guitar:

The Frequency depend on the tension force by small muscles that is attached to the vocal folds and supporting the cartilage. The approximation of men frequency is 90 – 200 hz and 140 – 400 hz for women.

During speaking or when human have the impulse to make sound, the body counter inhaling and when we, human, are exhaling, the air will travels through lungs. So this would means the same thing, as we sing, our mouth will make sound and so the air will also get into our body while we are exhaling. Thinner string creates higher frequency and low notes creates from thinner vocal cord. Thicker string creates lower frequency and high notes creates from thicker vocal cord. Vocal cord happens hundred of times per second, which causes it a vibration.

Amplitude is also one of the part that we can start singing as well. The size of vibration is the amplitude that stays in the sound effects of how loud human can sing. The amplitude is important, in comparison to the small amplitude and greater amplitude, if the amplitude is much greater it will allow to make it loud.

We can get the approximation the effect of vocal tract on the amplitude of the harmonics by doing the calculation:

One other thing that also used to help guide how sound can be heard and from everywhere is called Diffraction. Diffraction is work with the vibration and help to sent the sent wave out in different direction. As well as, the higher frequency it is, the higher pitch it’ll be for their singing, meaning if it have a low frequency it’ll have lesser pitch. 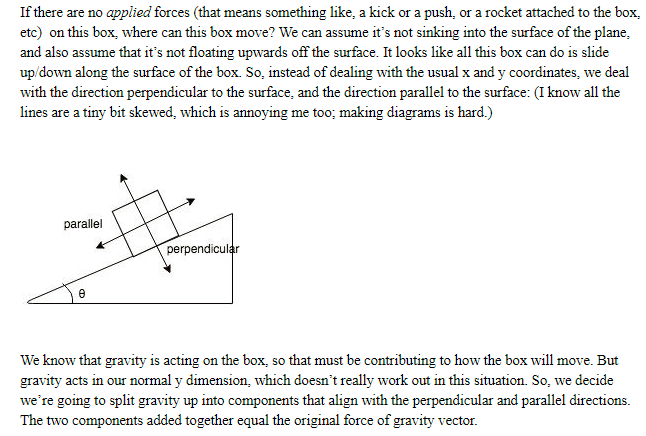 As part of the essential classes, physic is one of them. Currently we are working on the inclined plane exercise.

This exercise required to connect the knowledge of basic physic and static or kinetic friction in addition to solve for the need. Static friction is the force of friction that is always acting in the opposite direction of the other side of force that can be accelerate in time.

Liger Leadership Academy students are English Language Learners. They have been immersed in English since arriving at Liger. We pride ourselves on prioritizing process over product. Please excuse any English errors as part of the learning continuum our students have taken over the years. 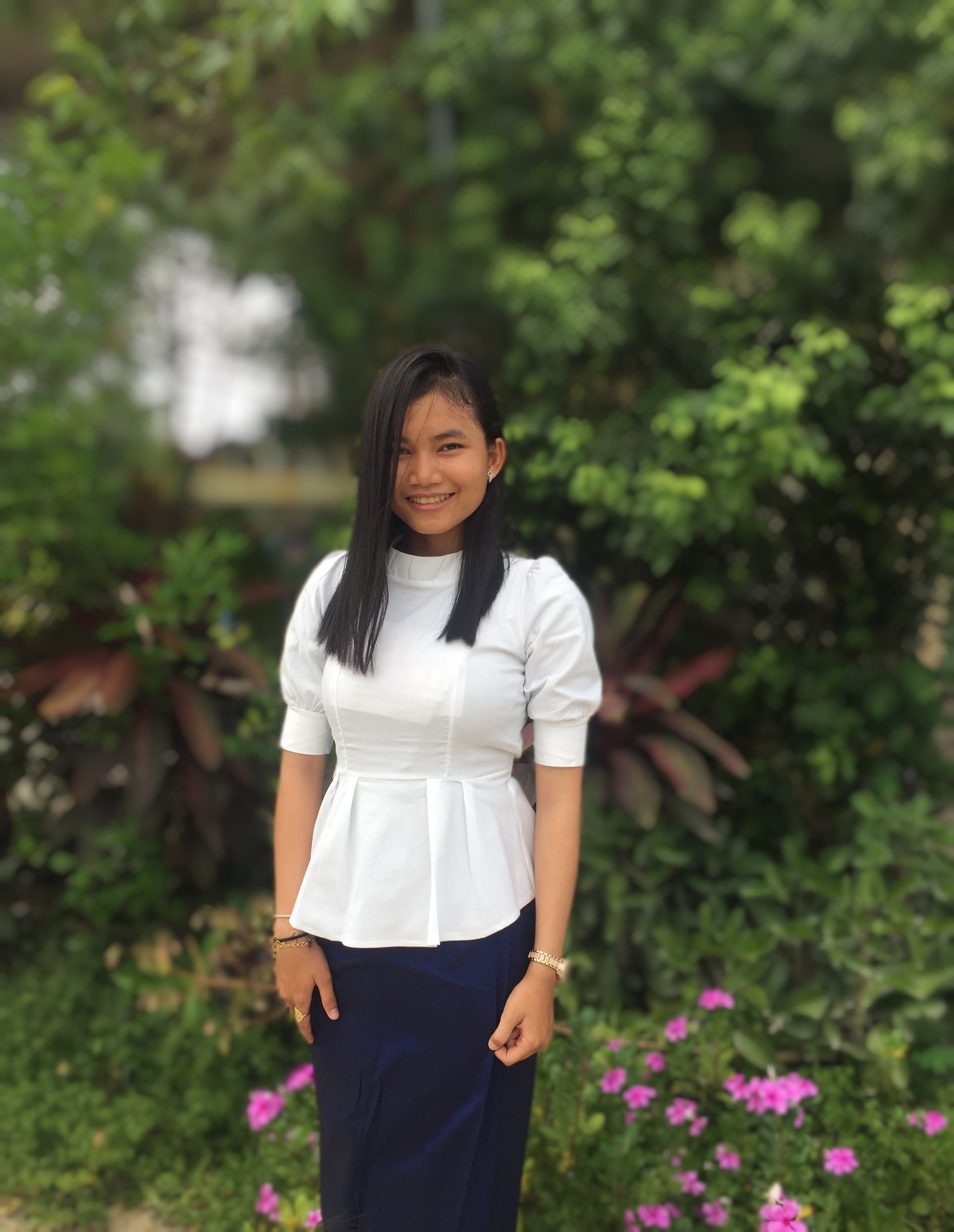 Fear used to control me as a little girl; however, after several years of learning and growing, I have realized that fear is essential for success. Confronting fear has led me to who I am today and how I can change my country tomorrow.